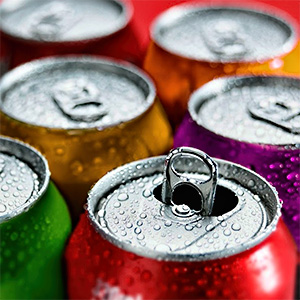 Comprehensive recycling programs are one of the best mechanisms for helping the environment. However, instead of expanding these programs, some critics instead support mandatory deposit programs or “bottle bills.” When it comes to bottle bills, however, three decades of data and practical experience have undeniably demonstrated that imposing mandatory deposits on beverage containers is a poor way to increase recycling and address solid waste issues.

Eleven states have enacted forced deposit programs – all but one of which was implemented prior to 1987. In fact, in 2002, the nation's only municipal deposit ordinance was repealed in Columbia, Missouri. These deposit programs were all established to help reduce beverage container litter. In recent years, however, deposits also have been advertised as a way to increase beverage container recycling.

The Drawbacks of Mandatory Deposits

Deposit systems simply don’t work as advertised. They are a misguided policy choice because they:

Beverage bottles and cans have always been a valuable and significant component of recycling programs. The earliest recycling of metals and glass grew out of market-based scrap companies that purchased materials from businesses and consumers. With markets for materials and voluntary participation, recycling programs were economically viable and sustainable.

These principles hold true today, but the economic incentive to recycle has increased as many communities and businesses face much higher waste disposal costs than ever before. The interest in capturing the value of the commodities and diverting waste from disposal led to the establishment of curbside recycling programs in the 1980s, providing collection of recyclables in the same way trash was collected.

Comprehensive recycling programs, like curbside collection, provide an easy and effective way for consumers to recycle their household waste, including beverage bottles and cans.

Yet, some argue that these convenient and effective voluntary programs don’t go far enough. Data shows these deposit programs are costly, inconvenient and compete with more successful voluntary recycling efforts.

Comprehensive recycling programs provide systems through which households can easily recycle a wide range of materials. Through these programs, households can recycle through curbside pickup or, in smaller communities, drop-off programs. These programs often include an educational component to encourage and build participation.

We know that comprehensive recycling programs are the best way to capture waste conveniently, efficiently and equitably. These programs have expanded rapidly and are extremely popular with citizens and businesses alike for one good reason — they work.

Some states and communities have implemented taxes on nonalcoholic beverages as a way to raise government revenue and fund various programs. But taxing beverages, or any food item, is a poor way for governments to increase revenue, especially in tough economic times.

Voters in Maine soundly rejected a recent attempt to tax beverages to fund state programs. By a 64 to 36 margin in the November 2008 election, Mainers declared that they were "fed up with taxes" and rolled back a tax enacted by the Legislature months earlier. Maine residents understood that beverage taxes are:

Today only Arkansas, Washington, West Virginia and the city of Chicago retain discriminatory taxes against beverages. In recent years, the trend has been to repeal or reduce these taxes. In fact, since 1990, 10 states and communities have repealed discriminatory taxes on soft drinks.