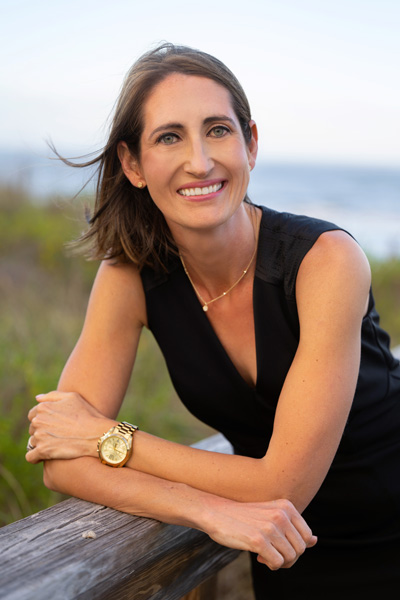 Elizabeth DeWitt is the President and CEO of the Florida Beverage Association where she oversees public policy initiatives and works with local and state governments on issues impacting the Beverage Industry.

She previously worked as the manager of State Government Affairs for the world’s third-largest petrochemical company, LyondellBasell, overseeing all legislative and regulatory strategies for the company’s portfolio in the United States. She ensured that business objectives were met through both direct advocacy and liaising with trade associations. In addition, she managed the Political Action Committee (PAC) and all grassroots activities for LyondellBasell.

Elizabeth worked for BP beginning in 2007 as the director of the BP Civic Action Program, where she successfully launched a nationally recognized grassroots program. In 2008, she became the director of BP Civic Affairs, overseeing both grassroots and PAC efforts. In 2010, she served as the public information officer and operational liaison in the Joint Incident Command for MC252 (BP oil spill). In this role, she managed relationships and communications with key stakeholders at the local, county and state levels.

Elizabeth previously served as state aide to US Senator Sam Brownback, finance director for his Senatorial re-election campaign, as well as having served as Florida director of finance in his presidential campaign and as a political consultant for clients throughout the state. In addition, she has served as the campaign manager for a successful Kansas State House race and as the government affairs manager for Sprint Corporation.

Members of the Florida Beverage Association

The Florida Beverage Association is the state trade association of non-alcoholic beverage producers, marketers, bottlers, and distributors. Our companies make and sell some of the most popular non-alcoholic beverages, including regular and diet soft drinks, bottled water and water beverages, 100-percent juice and juice drinks, isotonic drinks, kombuchas, energy drinks and ready-to-drink teas.