Recycling is an important initiative to support overall sustainability goals. However, we all know that for recycling to be effective, it must be done correctly. 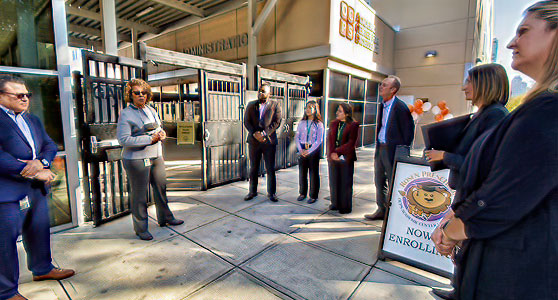 That is just one of the reasons why the Florida Beverage Association recently awarded a $25,000 community grant to the Orange County Public School (OCPS) system. Now in its sixth year, our community grant program has contributed over $250,000 to support programs and organizations across the State that promote Environmental Sustainability and Balanced Lifestyles.

The grant that OCPS received will fund an education campaign to help students more clearly understand how to recycle correctly, which is necessary to the success of the school system's overall sustainability goals.

As the fourth largest school district in Florida, OCPS can truly impact waste reduction and lead by example in our state to increase recycling. During the 2019-2020 school year OCPS implemented a recycling program that not only recycled over 21,000 tons of waste but also helped the district earn over $69,000 from the sales of the recyclables.

Though the school district has seen its share of success through the implementation of the recycling program, unfortunately, the school district has also noticed an increase in the confusion among students on what and how to recycle correctly. This leads to contamination in the recycling bin and can cause the district to incur fees, which impacts the revenue that they are able to reinvest into the program.

Utilizing the FBA Community Grant, OCPS will invest in providing signage and other educational materials to help students understand more clearly what is recyclable and how to recycle correctly.

Education on what and how to recycle is an issue for many Floridians. In fact, most people do not realize that there is a threshold in a recycling load when a certain percentage of contamination will cause the entire load to be landfilled. The average contamination rate in 2018 was 25 percent, which meant that only about 3 of the 4 items placed in a recycling container were actually recycled (WM Media Room).

What Can You Do?

Let’s all use OCPS as a great example of what education can do to promote recycling the right way and the impact we can have on achieving our own sustainability goals as a community.

Congratulations and thank you to this outstanding school district, for their leadership and their commitment to a more sustainable future.